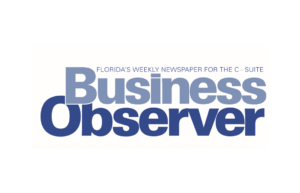 A group of HVAC, plumbing and electrical contractors have banded together to ask the state of Florida to prevent what it calls unfair trade practices by Florida Power & Light that threaten their businesses.

Those assets, the coalition charges, include a customer database and public money to subsidize the effort. It cites Jupiter-Tequesta A/C, which is marketing itself as an FPL Energy Services company using FPL’s name and logo in all of its advertisements. FPL is a subsidiary of Juno Beach,-based NextEra Energy.

FPL is also subsidizing Jupiter-Tequesta A/C, the coalition alleges, in other ways, such as recruiting employees; transferring incoming calls directly to the subsidiary; marketing services in utility customer invoices; and sharing infrastructure and other ratepayer-funded resources.

“FPL is using utility ratepayer funds and assets to buy their way into HVAC, electrical, plumbing and other industries, and their goal is to put small local companies out of business and control these markets,” Jaime DiDomenico, president of Cool Today, a Sarasota-based HVAC, plumbing and electrical company, says in a statement. “We hope the attorney general will intervene to protect local businesses, jobs and consumers.”

FPL spokeswoman Debbie Larsson tells Coffee Talk the utility and the energy service contractors are operated as separate entities — and “to suggest otherwise is simply wrong.”

“It’s important to understand that FPL Energy Services — like any other third party — does not have access to FPL customer information without the customer’s consent,” says Larsson, senior director in financial and corporate communications with the utility. “FPL Energy Services has provided a variety of innovative solutions for customers throughout Florida for decades. FPL Energy Services’ revenue and expenses are kept separate from the regulated electricity provider Florida Power & Light.”